We hope you have had a wonderful holiday season and we wish you all the best for the coming New Year. As our final communication for 2018, we would like to offer this summary — a kind of “annual report” outlining all the Ensemble accomplished in the past year and what we have upcoming in terms of artistic production and our services to the Bay Area creative performing arts community in 2019 and beyond. We’re very proud of what we have accomplished in the past year and our plans for the future and little of this would be possible without the generous support of our individual and institutional donors, our colleagues in the performing arts and our audiences, both Bay Area and around the world. We thank all of you for this support.

Completion of the Move and Studio Expansion

As you may recall, In July of 2017, we undertook a major move and studio expansion that required an enormous amount of effort to plan, fundraise for, and then to build. Since becoming fully operational early in 2018, the studio has received rave reviews from the diverse artists who now use our facilities. Additionally, we helped address the crisis of affordable workspace for artists by subleasing 6000 sq. ft. of studio/workspace to over 20 artists and organizations. This ambitious project was only possible because of the many donations from generous people who believe deeply in the value of the arts and in our expanded mission to serve the Bay Area’s creative performing arts community.

Touring and Bay Area Performances in 2018 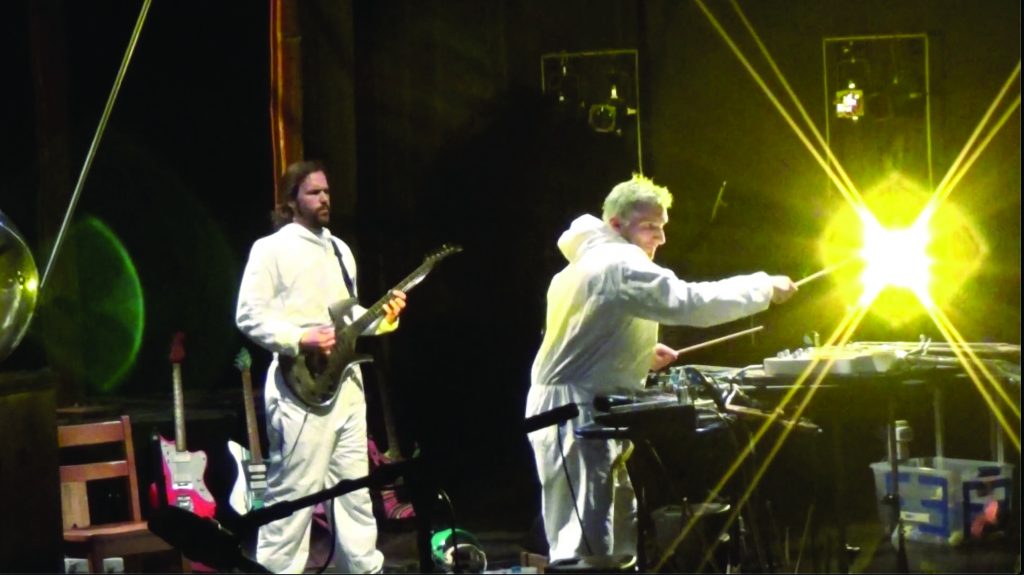 The major work on the new studio was completed just in time to prepare for the Ensemble’s Home Season Concerts at Z Space on Jan. 26th and 27th. This program presented two very ambitious world premieres. The fantastic guitar and percussion duo The Living Earth Show premiered the first six of Dennis Aman’s 24 Preludes & Fugues, each of which is performed on uniquely tuned and wildly inventive new musical instruments. This visually stunning and wryly humorous work was developed by Aman during his 2016 Dresher Ensemble Artist Residency. 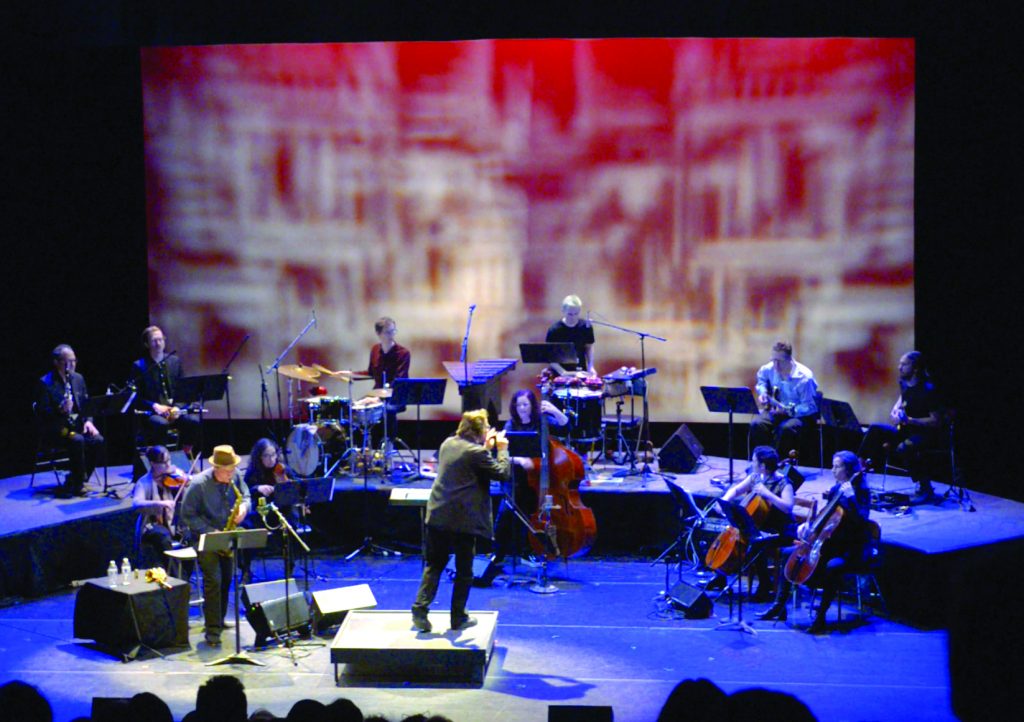 The second half of the program featured the Ensemble commissioned world premiere of Ned Rothenberg’s Beyond C, a concerto for improvising soloist, improvising conductor and large ensemble. Ned’s work was inspired by Terry Riley’s landmark work In C, a work that when I first heard it in 1968, inspired my own musical path. Conducted by Joel Davel and with Ned as the soloist, a remarkable ensemble of all-star Bay Area musicians gave a stunning launch to this important new work.

Just 6 hours after loading out of Z Space, I was on a plane to UNC-Chapel Hill, North Carolina where Sound Maze — our interactive invented instrument installation — was the inaugural event at Carolina Performing Arts new venue CURRENT ArtSpace+Studio. At the opening gala, surrounded by over 200 Chapel Hill luminaries, Brooklyn Rider violinist Johnny Gandelsman, Silk Road tabla virtuoso Sandeep Das, tap choreographer & dancer (and MacArthur awardee) Michelle Dorrance and I performed in, on and around Sound Maze.

For me, the high point in the 2017-18 performing season was the three performances of Towards 45 with the Margaret Jenkins Dance Company. Reprising the near-legendary collaborative team that created The Gates (1993), I joined poet Michael Palmer, lighting & set designer Alex Nichols, writer/performer Rinde Eckert, choreographer Margaret Jenkins and her astounding company in the creation and performance of a work in which the audience moved between three separate spaces, with each having a 20-minute section of the hour-long work. We literally had no idea if this form would work and we’re still coming to understand it as well as the universal acclaim it received. 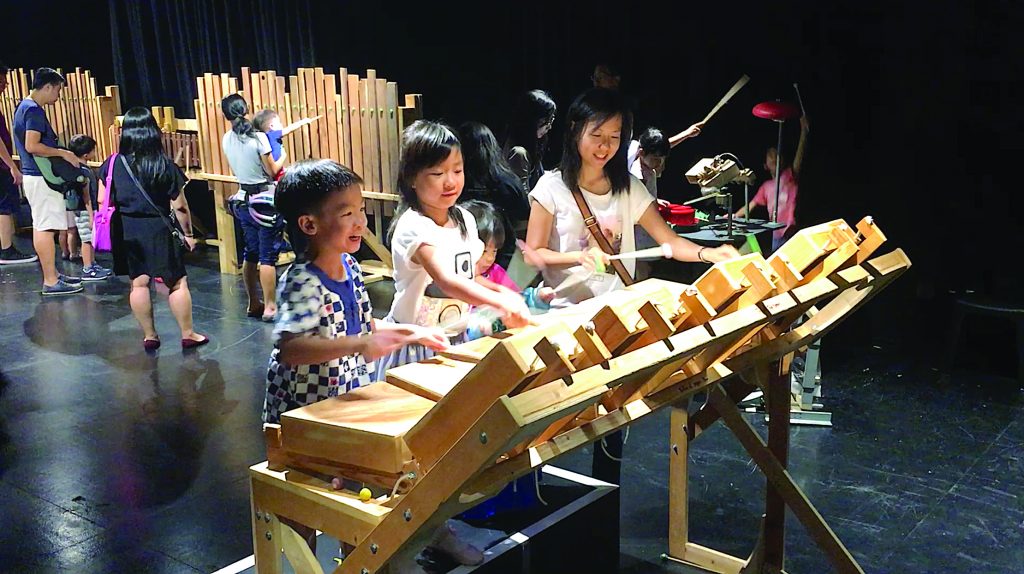 Once again, within hours of the last performance of Towards 45, we were flying to Singapore for the first international presentation of Sound Maze at the gorgeously located Esplanade Theaters On The Bay. I had not been back in Singapore since my year of immersion in South and Southeast Asia in 1979–80 and I was stunned at the extraordinary growth and vitality of this unique city/state. The energy in the city was remarkable, and it filled all eight sold-out “performances” of Sound Maze.

Since the summer, and with the help of our board, I have been intensely focused on building the Ensemble’s infrastructure and the transformation of the organization into one that broadly serves the Bay Area’s creative performing artists. This effort started with the hiring of Dominique Pelletey as the organization’s new Executive Director. Dominique comes to us after a very successful 11-year tenure as Executive Director at the San Francisco Friends of Chamber Music (recently renamed InterMusic SF). During his time there, he created several excellent programs that have had a significant impact on music making in the Bay Area.

With Dominique leading our services to the creative community, in October we announced the 2019 round of D.E.A.R. — the Dresher Ensemble Artist Residency — a program that annually provides six early-to-mid-career Northern California artists or collaborative teams working in the time-based arts up to four weeks of free and full time access to our studio and/or shop as well as to our extensive inventory of professional sound, lighting and projection equipment.

The deadline for application for the 2019 D.E.A.R. residencies just passed and we received 48 applications from emerging to established artists; doubling the number we had ever received in previous rounds—a clear demonstration of the need for such programs in our creative community.

Today’s time-based artists face an extremely challenging economic, real estate and philanthropic environment that makes it virtually impossible to have continuous and affordable access to the studio space essential to undertake the basic research and development that is foundational to the creation of something truly new and boundary-breaking in the performing arts. This realization inspired the creation of the D.E.A.R. program. 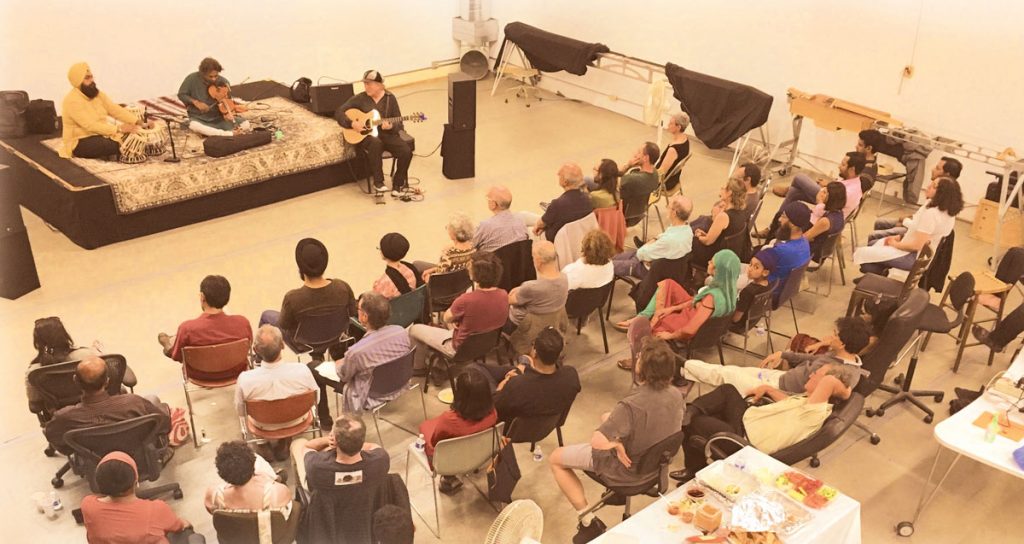 This past August, inspired by last winter’s Open House and in partnership with our friend Michael Davé, we produced the first of what we plan to be a monthly series of private “salon” performances in our new studio. Three phenomenal North Indian classical musicians — violinist Sharat Chandra Srivastava, guitarist Matthew Montfort and Rajvinder Singh on tabla — performed an exquisite hour of music that was bookended with the sharing of food and drink, and socializing. Few of you may know that I spent most of the 1970s deeply immersed in the study of sitar with Nikhil Banerjee and thus presenting this concert was of particular personal importance to me. 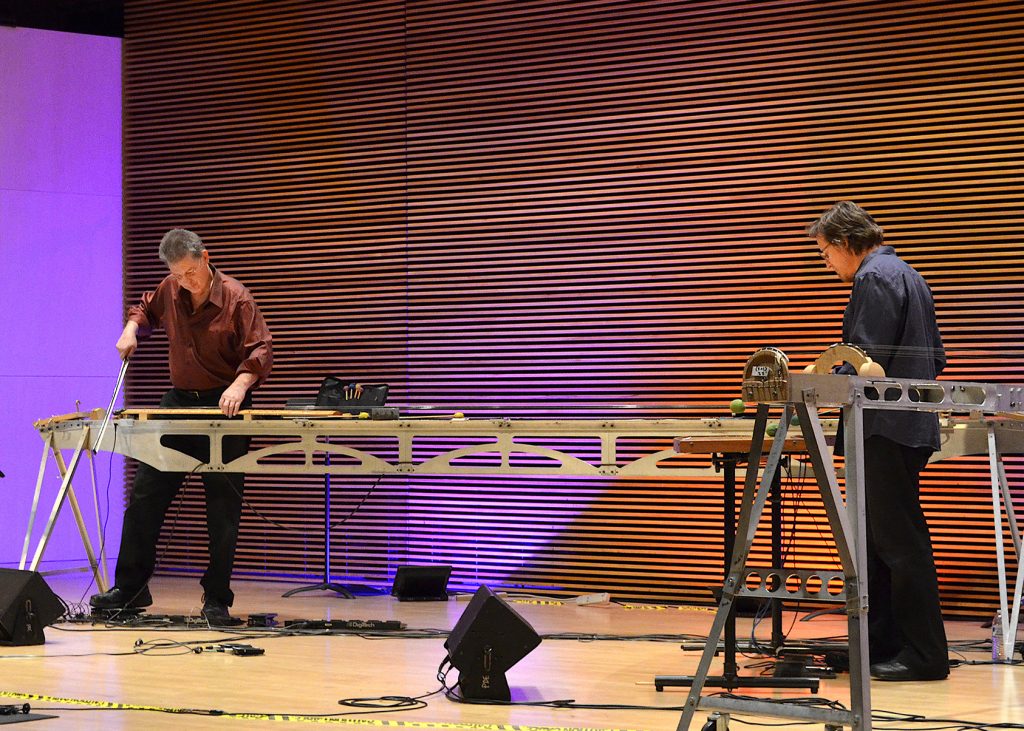 The featured performance in the first half of 2019 will be Dresher Davel Invented Instrument Duo at ODC Theater in San Francisco on June 14th & 15th, 2019. This will be our first-ever full program by the Duo in San Francisco. In addition to the repertory we have developed over the years, we will premiere a new work I am right now composing for this program.

Breaking News! We just received word from the Ensemble’s agent Sue Bernstein that the world famous Brooklyn Children’s Museum will present Sound Maze for four months — Oct. 2019-Feb. 2020. My collaborator Daniel Schmidt and I have long hoped to present our work to the most interactive audience of all – children — and we believe that with this engagement we will have the opportunity to present our work in an entirely different set of institutions and to a much broader and more diverse “audience.”

The featured event of our 2019-20 season will be the 25th-anniversary concert of the Ensemble’s Electro-Acoustic Band. Since this group debuted on a tour of Japan two and a half decades ago, we have commissioned and/or premiered over 50 works by some today’s most important composers, including works by three — John Adams, David Lang, and John Luther Adams — who subsequently went on to win the Pulitzer prize. These concerts will reprise some of our favorite works, and we will premiere new works from Ian Dicke, Kui Dong and myself.

What We Hope You Will Do

We hope you will endorse the Ensemble’s own creative endeavors and the expansion of our mission to serve the next generation of the Bay Area’s creative performing artists through our Dresher Ensemble Artist Residency program [DEAR], fiscal sponsorship, monthly salon series, and our affordable workspace rental for artists.

Because our artistic community faces challenges from so many economic, cultural and political forces, I feel it is now more essential than ever to actively support the continuing vitality of the Bay Area’s creative performing artists.

I hope you will again join us in these efforts with your generous support.

Our very best to you for the New Year,

“Paul Dresher exemplifies the spirit of West Coast music both in the richness of his sound world and the inventiveness of his mind that yields music of exceptional individuality and beauty. He’s a maverick in the very best sense of the word. And with his Ensemble, he’s built an independent organization that enables the next generation of creative artists to further this richly innovative tradition.” –John Adams, composer