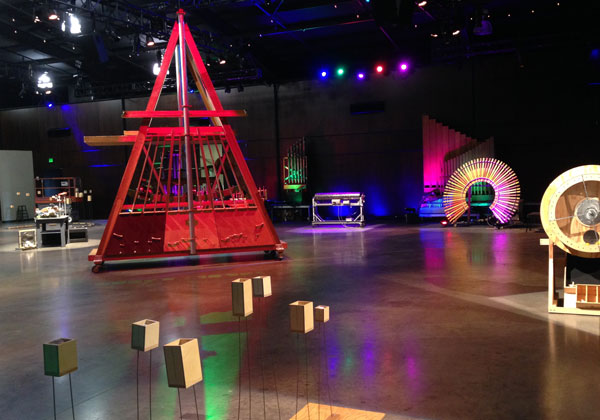 Sound Maze Performance Set up at OZ Arts in Nashville, 2015

Ever since he began building musical instruments as a high school student in Los Angeles, Paul Dresher has been deeply engaged with instrument invention. Over his long career, in close collaboration with builder-designer Daniel Schmidt and their design team, Dresher has invented dozens of remarkable instruments, many for use in his acclaimed music-theater works Sound Stage (2001) and Schick Machine (2009).

Dresher and Schmidt have invented dozens of new musical instruments that fall into two general categories. The first includes visually beautiful and easily played instruments suitable for general audiences, including children. The inventions in the second group are complex, electro-acoustic instruments that in experienced hands can express a wide range of emotions. Although general audiences have experimented with them, these instruments are designed for professional performances of concert and theatrical music by Paul Dresher and his collaborators. 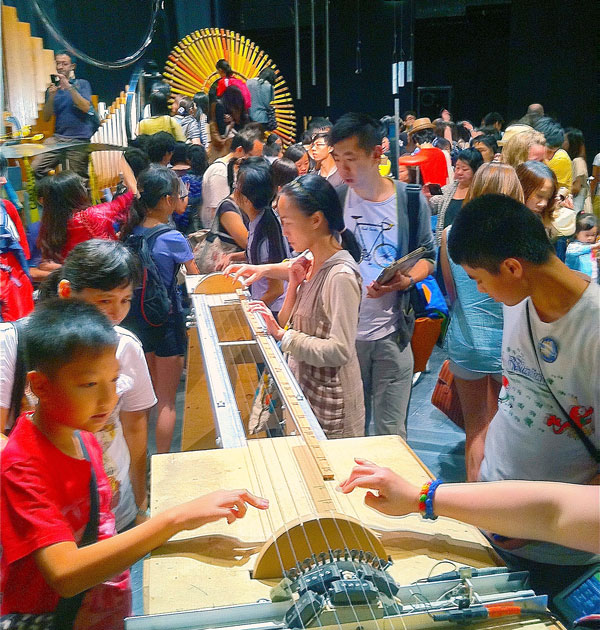 The Peacock is a fan-shaped array of wooden keys extracted from a deconstructed pipe organ. Its sounds are triggered electronically, by a large electrified ring or by electrically activated mallets. 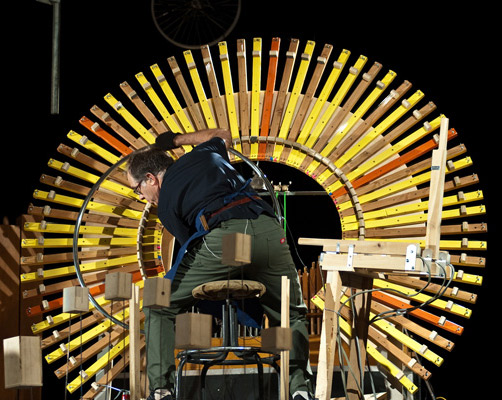 Steve Schick at the Peacock

The Field of Flowers consists of a series of up to 12 wood-block flowers rocking back and forth atop flexible metal stalks (as shown in the photo at top of this page). 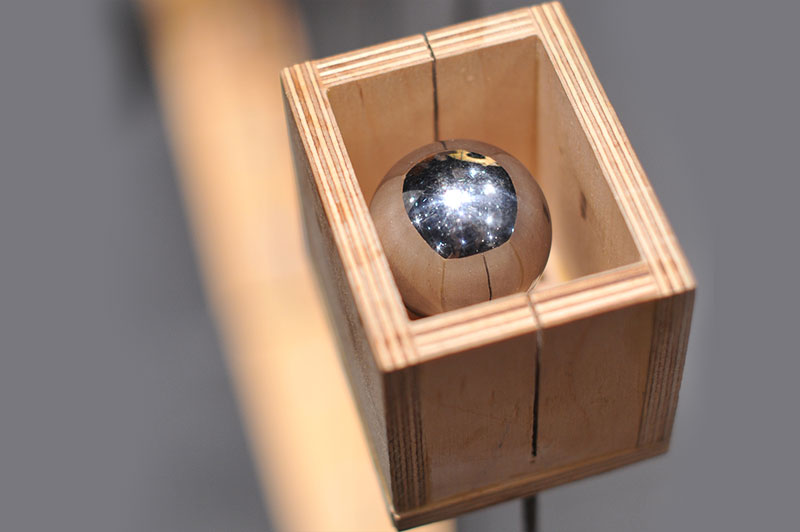 The Octagon is a large steel hoop that spins on an octagonal, amplified wooden pedestal. Unlike most instruments, which get quieter and/or slower after you initiate the sound (by striking or plucking or blowing), the Octagon begins in silence but gets louder and faster and builds to an intense audio and visual climax before it dramatically stops.

Dresher’s most complex and versatile instruments are the Quadrachord and the Hurdy Grande. 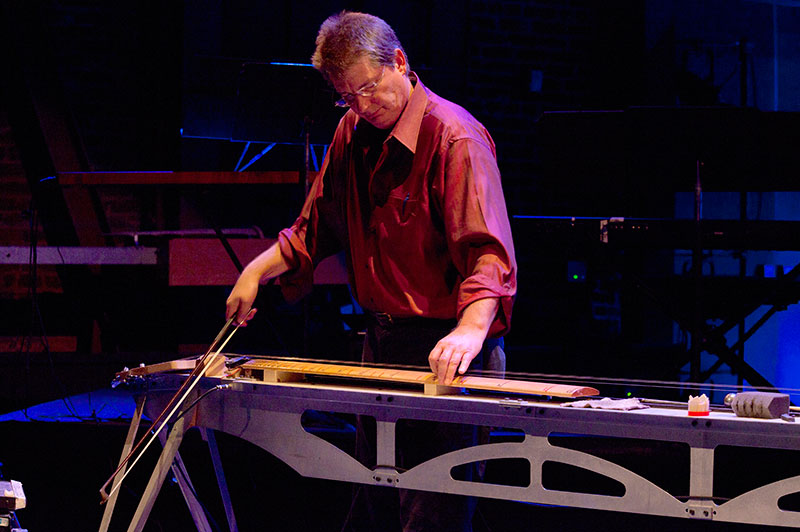 Paul Dresher on the Quadrachord

The Quadrachord (2000)
Co-created with instrument builder Daniel Schmidt for the music-theater work Sound Stage, which premiered in 2001, the Quadrachord is an invention whose vast sonic resources have inspired some of Dresher’s most exciting instrumental and theatrical compositions.

With four strings over 13 feet long, each with two bridges that each have an electric bass pickup adjacent to each bridge, the Quadrachord can be plucked like a guitar, bowed like cello, played like a slide guitar, prepared like a piano, and hammered on like a percussion instrument. With its extremely long strings, it can play harmonics up to the 36th partial and above and thus offers unique opportunities to explore alternative tuning systems based on the harmonic series.

The Quadrachord has been featured in all three of Paul’s invented instrument theater works (Sound Stage, Schick Machine, and Sound Maze), in his two commissioned works for Berkeley Symphony (Concerto for Quadrachord, 2012; and Crazy Eights & Fractured Symmetries (premier October 2016), and in two major chamber pieces written for the Dresher/Davel Invented Instrument Duo: Glimpsed from Afar and In the NameLESS.

The Hurdy Grande (2008)
Created for Schick Machine, the Hurdy Grande is inspired by its namesake, the hurdy gurdy, which is a medieval folk instrument with guitar-like instrument strings that are bowed with a hand-cranked wooden wheel. [photo]

Dresher’s Hurdy Grande, while similarly shaped, is four times as long. More importantly, its strings are bowed by a variable speed motor that leaves the performers hands free to play melodies, chords, and rhythms.