You can read Paul’s bio here. 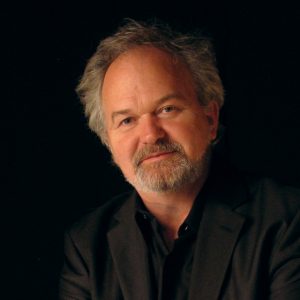 Dominique Pelletey has wide-ranging successes in executive, management, and artistic positions both in the United States and Europe. Since moving to the Bay Area in 1998, Mr. Pelletey was PR and Marketing Manager at the San Francisco Community Music Center for four years and served as Executive Director for the San Francisco Friends of Chamber Music (SFFCM) for 11 years (2005-2016). During his tenure at SFFCM, he grew annual operating budget twelvefold between FY2005 to FY2016, and was a major force in creating two programs directly serving musicians and the public: the Musical Grant Program (The program awarded over $595,500 through 211 awards from 2008-2016.) and SFMusic Day (launched in 2007) which has become a much anticipated yearly music marathon with annual attendance of over 2000.  In all, 435 performances featuring only local ensembles were organized by Pelletey under the auspices of SFFCM, with a third dedicated to new and contemporary music. While at SFFCM he expanded Fiscal Sponsorship Program to offer services to over 100 projects (up from 2 in 2005) and provided one to one mentorship to many of the projects. His leadership and vision at SFFCM were recognized by Fleishhacker Foundation of San Francisco that awarded one of their first Lynchpin Grants to six arts service organizations in 2016—other organizations included Theatre Bay Area and Dancers’ Group. With his consulting company dpdp (Dominique Pelletey Design and Production) he has guided music entities such as Del Sol String Quartet, Magnificat, MusicAEterna, sfSound, the Asian American Jazz Orchestra, Clairdee, and Jazz in the Neighborhood.

Previously, Mr. Pelletey was a leading force in the Dutch art world, where he began his professional career as Executive Director and Chairman of the Artistic Committee at W139, an independent artist-run organization. From there, he was appointed to a three-year term on the Dutch National Arts Foundation (Raad voor de Kunst), which advised the Minister of Culture and the Queen on government art policy, and reviewed the grant applications from all the major art institutions in the Netherlands, and served an additional three years on the jury for The Netherlands Foundation for Visual Arts, Design and Architecture, the leading grant-giving organization of the Dutch government (reviewing over 1200 photography, mixed-media, and time-based arts applications). He also founded and co-directed an art space, protonICA Amsterdam dedicated to collaborative endeavors between visual artists, musicians, dancers, and actors – which received international acclaim in its first year – and an arts newspaper HTV de Ijsberg, which brought together independent art spaces country-wide and continues to be published to this day. His first employment (1978-1979) in the performing arts filed was as a theater technician for the legendary Dutch puppeteer Jozef van den Berg.

Sarah Lockhart grew up in the Bay Area, determined from a young age to work in the arts. In 1998, she launched her career at San Francisco’s media arts non-profit Artists’ Television Access later working as a media exhibition technician at SF MoMA. In 2000 Sarah co-founded Oakland’s interdisciplinary arts space 21 Grand, where she directed its acclaimed music and performance program, as well as managing marketing and fundraising. Sarah was one of the earliest leaders of the Oakland Art Murmur, and served as its Treasurer for the first 5 years. She also collaborated with other curators’ projects, Neighborhood Public Radio and The Illuminated Corridor, to produce work at Southern Exposure, the Whitney Biennial, and in various public spaces in the Bay Area.

After 21 Grand closed in 2011, Sarah served as Interim Executive Director of the Lab (2012-2013), rescuing that organization from bankruptcy and closure, as well as guest lecturing at Mills College on business models for arts organizations. From 2005-2016, Sarah was Business and Marketing Manager for the Paul Dresher Ensemble, reducing her responsibilities for the Ensemble in July 2016 in order to take a new position as Associate Director of Pro-Arts, the prominent Oakland organization that supports contemporary artists directly through exhibitions, commissions, interdisciplinary series and presentations, residency programs, satellite projects, digital platforms and publications.

Sarah has 15 years of experience as a bookkeeper and is a licensed tax preparer. She holds a BA in Modern Culture and Media from Brown University, focusing on video art, popular culture, and electronic music; and an MA in Radio and Television from San Francisco State University, where her thesis was a fictional, found-footage documentary claiming consumer desire is caused by a virulent brain parasite.