(in partnership with Jazz in the Neighborhood)

Musical Traditions and Jazz In the Neighborhood are proud to continue their partnership and present the West Oakland Sessions featuring 10 creative music concerts by adventurous Bay Area ensembles this winter and spring. The artists explore a range of improvised music traditions, from original jazz compositions to avant-garde explorations, to free jazz. These maverick bandleaders and virtuosic performers continue a long and rich Bay Area tradition in pioneering new approaches to instrumentation, notation, and musical form, by creating ever-evolving soundscapes that connect jazz with contemporary music.

Please review our Our Covid Policies and consider buying tickets for 4 or more concerts with a discounted series subscription. 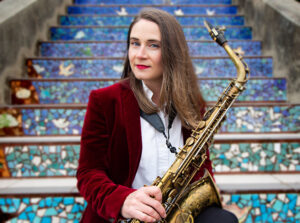 Beth Schenck is a saxophonist, composer, and educator based in San Francisco. She feels most at home with music that blurs the line between composition and improvisation. Beth’s music has been described by critics as “frank and beautiful” (Greg Burk), “reliably enthralling” and “transporting” (Andrew Gilbert).

House of Faern is a chamber-jazz quartet unique not only for its instrumentation but also for the distinct compositional voice and an egalitarian instinct of each of its members. Separately they’ve collaborated with artists including Bill Frisell, Henry Threadgill, Lou Reed, Lucinda Williams, and the Black Keys. Founded in 2017 on the banks of the Mattole River in rural northwest California, House of Faern’s music reflects the unpredictable complexities of wild landscapes. 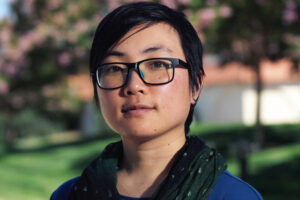 Erika Oba is a composer, pianist/flutist, and educator based in the SF Bay Area. As a composer, she has written works for big bands, small jazz ensembles, chamber groups, dance, and theater. She is active as a performer on both piano and flute, and is a member of the Montclair Women’s Big Band, Ends Meat’ Catastrophe Jazz Ensemble, Rice Kings, and The Sl(e)ight Ensemble and has performed with the Hitomi Oba Ensemble, Peter Apfelbaum’s Sparkler, and Jason Levis and Lisa Mezzacappa’s Duo B Experimental Band. In 2021, she was one of the performers in the premiere performance of Meredith Monk’s Indra’s Net.

She has worked as a dance accompanist for Mills College and Berkeley Ballet Theater and is currently a resident music director with Berkeley Playhouse’s Youth Conservatory Program. In addition to her own private teaching studio, she is a private jazz piano instructor for UC Berkeley’s Music Department.

Past artistic projects include a collaboration with choreographer Sammay Dizon, through the Red Poppy Art House’s inaugural Crossover Residency program in 2016. She was a performer fellow with Giant Steps Music Action Lab in 2017, during which she collaborated with an international group of musicians and recorded the album “What If.” In 2018, she was a composer fellow with the Gabriela Lena Frank Creative Academy of Music and worked with the Del String Quartet. She was the recipient of a 2019 Civics Art Grant from the City of Berkeley and collaborated with playwright Weston Scott to write an original musical. As an artist, she is interested in exploring ritual, diasporic identities, and community through performance. She received her BM in Jazz Piano Performance from Oberlin Conservatory and her MA in Music Composition from Mills College. 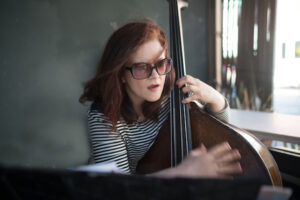 Mezzacappa, a fixture on the Bay Area music scene for two decades, writes music for groups from duo to large ensembles and plays as a sideperson with Cory Wright, Randy McKean, Nathan Clevenger, David James, Rob Ewing, and others. Her most recent music projects have arisen from deep immersion in texts—from the journals of Victorian lady adventurers to noir fiction to sci-fi comics and stories—and are often through-composed, meticulously arranged suites that foreground the composer’s voice and vision. Tangle Trio is an effort to liberate the ensemble from the tyranny of the bandleader-composer—!—and so Mezzacappa has distilled her compositional ideas for this group down to the barest fragments that the musicians navigate and transform as part of the improvisation.

For the first set, Mezzacappa’s power trio plays a set of extroverted and exploratory music, featuring some of the Bay Area’s most accomplished and versatile improvisers. Swedish drummer Kjell Nordeson has toured the world in cantankerous avant jazz groups fronted by Mats Gustafsson, Ken Vandermark, and others; and has also studied intricate contemporary repertoire with percussion guru Steven Schick. Sheldon Brown, a vital part of the Bay Area creative music community for nearly 30 years, is universally in-demand for his breathless virtuosity on an assortment of woodwinds, and known for a keen musical mind that synthesizes many musical approaches, from microtonal music to big band swing, into a distinctive whole. He has toured internationally with Omar Sosa, plays locally with the Clubfoot Orchestra, Ian Carey Group, Electric Squeezebox Orchestra, and Clarinet Thing, and leads several of his own ensembles.

For the second set, Mezzacappa and Nordeson swap out trio partners in an improvising trio with pianist and electronic musician Scott Looney. Active before the pandemic, the trio connected regularly for remote online improvisation sessions throughout 2020 and 2021, honing unique musical chemistry and improvisational vocabulary. Making music online has deepened the trio’s connection and sense of possibility in surprising ways, and in particular, through these online experiments, Looney has developed a novel and sophisticated method of integrating electronic processing into acoustic and prepared piano playing, which has dramatically expanded the ensemble’s sound.