THIS EVENT HAS BEEN POSTPONED

A Centennial Celebration of Johnny Otis – the pioneering Bay Area musician/songwriter/radio DJ and civil rights activist – hosted by grandson Lucky Otis and featuring director Bruce Schmiechen’s documentary Every Beat of My Heart: The Johnny Otis Story, followed by a Q & A and live performance by Lucky Otis. 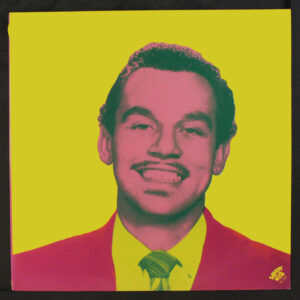 “As a teenager in the 1960s, I grew up loving two completely different musical worlds, the classical music of my piano lessons and LA’s classical music radio station KFAC on one side and American popular music on the other – Rock & Roll, R&B, folk and blues on the other. Little did I know that when we moved our rehearsal studio to West Oakland in 1989, we were just blocks from what had been West Oakland’s vibrant blues and R&B music community that had in fact nurtured or given birth to many of the memorable artists and songs of that time – songs like Hand Jive, So Fine and Harlem Nocturne.” – Paul Dresher 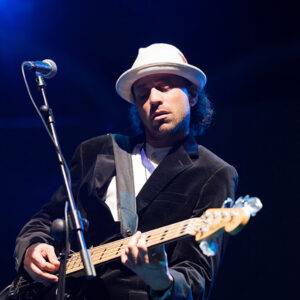 “Johnny Otis is one of the most important figures in the history of R&B and Rock and Roll. Through mentoring and showcasing so many brilliant stars in his legendary live revues and incredible bands, his contributions as writer, player and producer of so many seminal recordings, and his decades of hosting his beloved West Coast radio show, his legacy as Professor Emeritus of R&B will live forever … – BONNIE RAITT

“Johnny Otis, the musician, bandleader, songwriter, impresario, disc jockey, and talent scout who was often called ‘the godfather of rhythm and blues.’

“Leading a band in the late 1940s that combined the high musical standards of big band jazz with the raw urgency of gospel music and the blues, Mr. Otis played an important role in creating a new sound for a new audience of young urban blacks. Within a few years it would form the foundation of rock ’n’ roll.

“With a keen ear for talent, he helped steer a long list of performers to stardom, among them Etta James, Jackie Wilson, Esther Phillips, and Big Mama Thornton — whose hit recording of ‘Hound Dog,’ made in 1952, four years before Elvis Presley’s, was produced by Mr. Otis and featured him on drums.

“At Mr. Otis’s induction into the Rock and Roll Hall of Fame in 1994, Ms. James referred to him as her ‘guru.’ (He received similar honors from the Rhythm & Blues Foundation and the Blues Foundation.)

“Mr. Otis was also a political activist, a preacher, an artist, an author, and even, late in life, an organic farmer. But it was in music that he left his most lasting mark.

“Despite being a mover and shaker in the world of black music, Mr. Otis was not black, which as far as he was concerned was simply an accident of birth. He was immersed in African-American culture from an early age and said he considered himself ‘black by persuasion.’