An ethereal, entrancing voyage past the boundaries of the imagination: in shadows, music and spoken word 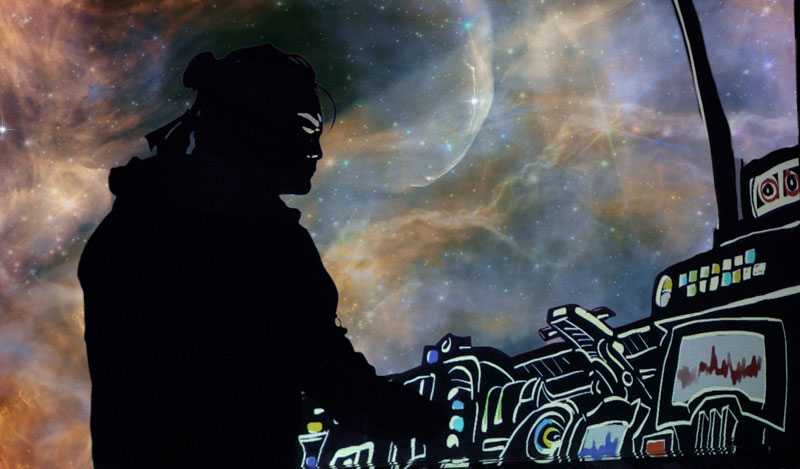 Tickets: Regular $25, Youth $15 (25 and under)
Preview pricing: Note about special pricing available if you can’t afford a ticket

Special pricing is available for the preview performance for those not able to afford a full price ticket, by contacting our box office. Presidio Theatre Box Office [boxoffice@presidiotheatre.org] (415) 960-3949 (Phone hours are Mon-Fri, 1–4pm)

In a not-so-distant future, the Earth Federation has sent out spaceships to scour the universe for the resources necessary to sustain an environmentally depleted and damaged Earth. We follow the mission of Sojourner ZY, who pilots the last surviving spacecraft, as he communicates with Earth Federation’s Mission Control and with his wife scientist and devoted children, who struggle to survive on Earth’s ever-more precarious environment. And as he desperately tries to sack strange new worlds of their resources, he confronts uncomfortable choices and unforeseen consequences.

Audiences will be immersed in a primal, yet futuristic landscape of sound from composer Dresher’s invented instruments, cinematic-scale shadow puppet imagery and a fantastical story that follows the interplanetary journey of the space traveler Sojourner ZY. On his journey, he encounters a dizzying array of uniquely adapted and strange civilizations. The story is told via projected and live shadow sequences with dialogue, and songs and seeks to address vital issues of all time—race, gender, identity, and the environmental crisis.

In ZY’s galactic travel, he encounters an array of contrasting societies, from the uber-authoritarian to the uber-altruistic: in a liquid world where beings shapeshift among sexes, ethnic and sexual identities within miniature bubble-spheres in total anarchic paradise (until it’s not); a moonscape of mammal-headed creatures who find abundance by adopting the animal mind to live harmoniously with nature and who follow an authoritarian leader, (until they do not); and a light-filled asteroid of intangible beings—all female—who thrive by turning themselves into pure light and sound. While each alternative offers a solution to mankind’s survival, each also yields a flaw that threatens ZY’s vision of humanity and mankind itself.
ZY seeks common cause with these mysterious entities. But in this pursuit, he is challenged to confront age-old beliefs about mankind’s place in the natural world and the cosmos itself. By dint of his own conception of being human, is he destined to keep replicating the actions that led to the Earth’s destruction in the first place? To confront this dilemma, he must journey deep into his own Being. His travel ends with the greatest challenge, in a journey to the ultimate planet—that of the sphere of the Self.

The music will be performed live by the electro-acoustic duo featuring composer Dresher performing on the Hurdy Grande and Quadrachord (created and constructed in collaboration with Daniel Schmidt) and acclaimed percussionist Joel Davel performing on Don Buchla’s invented mallet instrument, the Marimba Lumina. 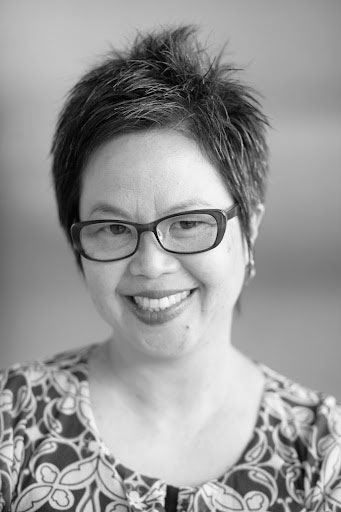 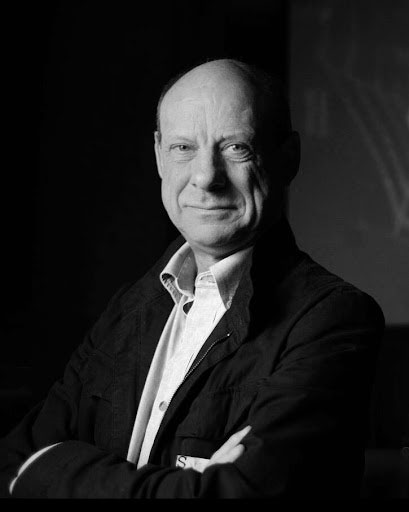 Larry Reed is a nationally and internationally acclaimed artist, and is a trailblazer in the contemporary shadow theatre. He is one of the first Westerners to have trained in the traditional Balinese shadow theatre (wayang kulit) and is a “dalang,” or “shadow master,” who manipulates over 20 carved leather shadow puppets while simultaneously serving as the conductor of the accompanying gamelan orchestra, the director, and the stage manager. Over the years, he has performed over 250 shows in this tradition around the world.

In the early 1990’s, Reed entered a new phase of his career by inventing an ingenious shadow casting method, integrating traditional shadow theatre techniques with film, modern theatre and dance styles.
Truly a multidisciplinary artist, Reed has also written, directed and produced films in the US and Mexico. Shadow Master (1979), his unique “dramatic documentary” on the family of a Balinese shadow artist, has been shown on PBS and Discovery Channel. He also served as Assistant Director of National Theater of Costa Rica, and performed and choreographed with Anna Halprin and her SF Dancers’ Workshop in the 1960’s. Reed is fluent in five languages, and his articles and translations have been published in Asian Theatre Journal and Shattentheater (Germany), among others. 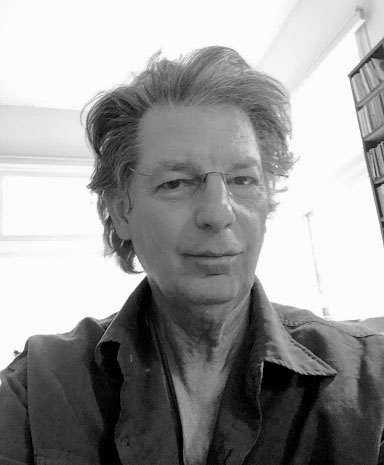 Paul Dresher is an internationally active composer noted for his ability to integrate diverse musical influences into his own coherent style. He pursues many forms of musical expression including experimental opera/music theater, chamber and orchestral composition, live instrumental electro-acoustic music, musical instrument invention, and scores for theater and dance. A recipient of a Guggenheim Fellowship in Composition in 2006-07, he has received commissions from the Library of Congress, Saint Paul Chamber Orchestra, Spoleto Festival USA, Kronos Quartet, San Francisco Symphony, Zeitgeist, San Francisco Ballet, Seattle Chamber Players, Present Music, Margaret Jenkins Dance Company, Brenda Way/ODC Dance and Chamber Music America. He has performed or had his works performed throughout the world at venues including the New York Philharmonic, Los Angeles Philharmonic, the Festival d ’Automne in Paris, and the Brooklyn Academy of Music’s Next Wave Festival.

In 2015, Dresher entered an entirely new arena with Sound Maze, a hands-on installation of his
large-scale invented musical instruments created in collaboration with Daniel Schmidt. Sound Maze, has been presented at OZ in Nashville, the Esplanade Theater in Singapore, Fort Mason in San Francisco, the Mondavi Center at UC Davis, the Napa Valley Museum, USC’s Fisher Museum, UNC Chapel Hill’s CURRENT ArtSpace + Studio and at The Doseum in San Antonio. In the fall of 2022, it will travel to the Brooklyn Children’s Museum.

As a composer, Davel has written and performed live for several dNaga’s dance productions: Reveal, Shaking and Shocking, Freedom House, Lovely Gibberish, and Circle of Sisterhood. Previous work includes his solo Buchla Lightning accompaniment of choreographer Allyson Green at Symphony Space which elicited: “manipulating two small batons – he looks like a hyperactive magician casting abracadabra spells into the ether – Davel was as much a dancer as Green, moving with a concentrated focus that made him fascinating to watch.” – Newsday

New Performance Traditions is a hub for incubating multi-disciplinary arts projects from conception and production through performance, recording, and broadcast. We are dedicated to the creation of risk-taking and challenging performing artworks and to supporting the artists that conceive them in order to engender a more equitable, inclusive, and creative community.

ShadowLight Productions
ShadowLight was founded in 1972 by filmmaker/theater director/shadow artist Larry Reed. The driving forces were Reed’s interests in and appreciation of shadow theater traditions, film and world cultures, and the passion to express them in an integrated fashion. He is one of the few Westerners to have trained in the traditional Balinese shadow theater and is a dalang or “shadow master.” After over 15 years of studying and performing in this tradition, Reed began expanding the scope of ShadowLight’s artistic activities in order to create a deeper connection with contemporary American audiences. Through much exploration and experimentation, he successfully integrated traditional shadow theater techniques with modern theater and film styles. The outcome was a “live animation film” – a completely original way of using shadows in theater that is not culture-bound. Performed behind and in front of a 15’x 30’ screen, these works orchestrate silhouettes of puppets, actors, and cutout sets illuminated by multiple electric light sources to create cinematic effects live on stage. Each show features live music and is created by a collaborating ensemble of writers, choreographers, composers, designers, actors, dancers, musicians and puppeteers from various cultural backgrounds, artistic disciplines and styles.

I Made Moja (co-lead designer and lead shadow performer) is a painter, dancer, puppet maker, and shadow-play artist from the village of Batuan, a traditional arts village in Bali known for its classical music and dance, fine woodcarving, and unique painting style.;

Ya Wen Chien, (co-lead designer and shadow performer) is an illustrator, painter- trained in Chinese painting and watercolor, a digital designer, puppet maker and shadow-play artist born in Taiwan and currently lives and works in the San Francisco Bay Area.

Jessica Nguyen (shadow puppeteer) is a science illustrator, educator, dancer, and circus artist turned to the dark side. Her favorite medium is mischief and punnery but confesses that a bit of paper and ink will always lift the spirits. She currently works and lurks in the Oakland, and loves waxing poetic about flora and fauna and bones and stones over a warm cup of tea.

Fred C. Riley III (shadow puppeteer) is a puppeteer trained in many styles: marionette, rod, moving mouth, Czech black, tabletop, mask, and every combination thereof. He has performed shadow with press screen, overhead, and 30 foot wide cinematic. He has directed and written for the Center for Puppetry Arts and many others. He choreographed for Ping Chong and Company. He has taught movement and puppet theory. He voiced many puppets and has done voice over work for many companies. He has recorded and done sound design.

Jacquelyn Serrano (digital design and animation) is an interdisciplinary artist with a focus on digital media from San Bernardino, CA, and currently based in Oakland. She works with photography, videography, graphic design, 3D, installations, and mixed media prints. They graduated with honors from UC Berkeley’s class of 2020 with a BA in Art Practice and Ethnic Studies, where she received the 2020 Theresa Hak Kyung Cha Award.

Samara Lotri Tana (shadow puppeteer and animator) is a filmmaker, shadow-play artist, illustrator and painter- trained in traditional Balinese watercolors and ink. Her creative work spans from public broadcast stations to outdoor landscapes. She was born and raised in the San Francisco Bay Area.