They Will Have Been So Beautiful

Press: hi-res photos of Amy and They Will Have Been So Beautiful

They Will Have Been So Beautiful is inspired by photographer Diane Arbus’s quest to discover the epic in what is more often seen as commonplace and mundane. As formulated in her 1963 application to the Guggenheim Foundation, Arbus eloquently and poetically defines her then-revolutionary aesthetic, that the commonplace habits, rituals and social spaces of everyday life hold a meaning and importance that will only be understood in the future, because “they will have been so beautiful.” This visionary (and then controversial) proposition provides the inspiration for our commissioning project.

The Dresher Ensemble Electro-Acoustic Band and Amy X Neuburg have invited a diverse group of mostly Bay Area composers — Lisa Bielawa, Jay Cloidt, Conrad Cummings, Fred Frith, Guillermo Galindo, Carla Kihlstedt, Ken Ueno, Pamela Z., Amy X Neuburg, and Paul Dresher — to each select a photograph about the lives of everyday people and inspired by that photo, to compose a new song from 4-12 minutes in duration. During the performance of each song, the photograph(s) that inspired it will be projected above the stage so that the audience can explore the interrelationships of image, music, and words, if used. Each song offers a musical and photographic “snapshot” of our world, be it detached or personal, gritty or sublime, political, humorous or intriguingly mundane.

The photographs are very diverse. They include photo of a desolate Drive-In Theater in Las Vegas by Bay Area photographer Robert Misrach, photos of prostitutes at work in Mexican bordellos by Mexican photographer Maya Godet — both included in work samples — and an informal snapshot of one composer’s own kitchen window by Conrad Cummings.

In addition of the photographs many of the composers worked with writers. The subject matter of the set ranges from strongly political works like Paul Dresher’s setting of a comparative analysis between a Richard Misrach photo and a Hiroshi Sugimoto photo. written by young inmate serving a life sentence — Michael Nelson — in San Quentin Prison or Guillermo Gallindo’s expose about bordellos on the Mexican American border (text by Bay Area writer Juvenal Acosta) to humorous or intensely personal subjects explored by Amy X Neuburg, Conrad Cummings, Pamela Z, and Ken Ueno, to absurd anglophilic bath fixtures and an infomercial angrily critiquing late-stage capitalism. 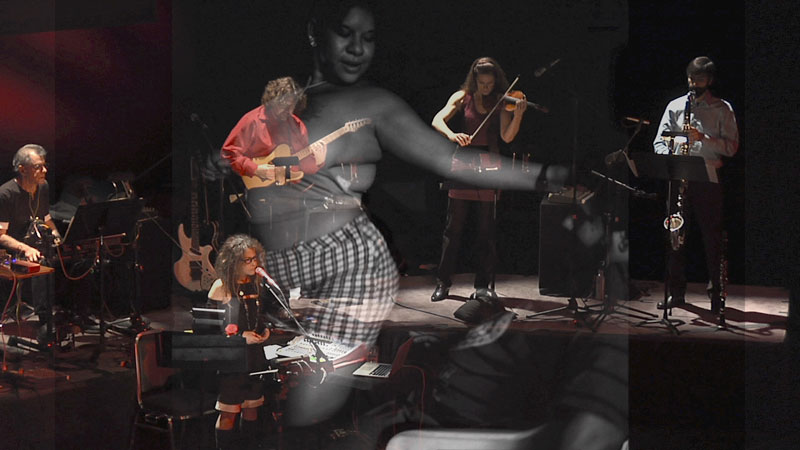 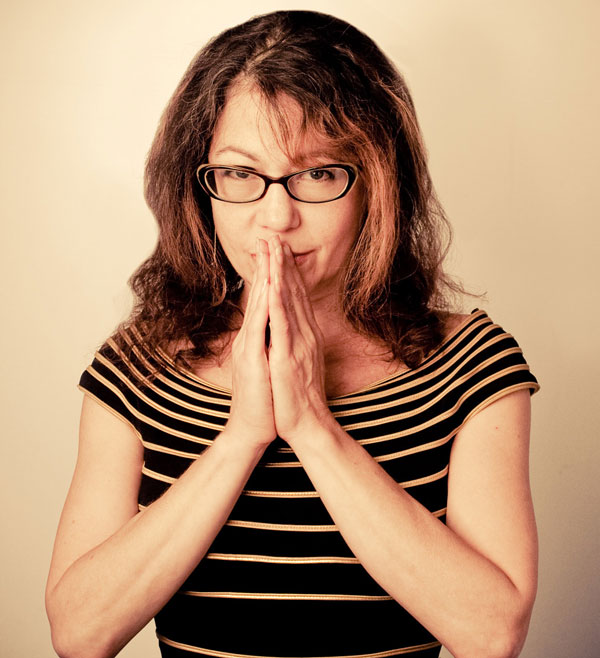 “A one-woman musical hurricane” (Otago Times, New Zealand), Amy has been crafting her own brand of irreverently genre-crossing works for voice, electronics and ensembles for over 25 years. She’s known for her innovative use of live performance technology, her 4-octave vocal range and her colorful — often humorous — lyrics. One of the earliest performers to work with live digital looping, Amy has presented her electronic “avant-cabaret” songs at such diverse venues as the Other Minds and Bang on a Can new music festivals, the Berlin International Poetry Festival, the Wellington and Christchurch Jazz Festivals (NZ), and the Warsaw Philharmonic Hall. Composing commissions include San Francisco Chamber Orchestra, Present Music, Pacific Mozart Ensemble chorus, and Del Sol String Quartet. Her acclaimed song cycle The Secret Language of Subways, for voice and cellos, has played at YBCA, the San Francisco Symphony After Hours and the LA Philharmonic Left Coast Festival. A classically trained singer who loves bringing new vocal works to life, Amy has been featured in contemporary operas and recordings by Robert Ashley, Culture Clash and Guillermo Galindo, among many others. Grants and honors include Arts International, the Gerbode Foundation, The East Bay Fund for Artists, The U.S. Embassy New Zealand, and the Alpert/Ucross prize.

This concert is funded in parts by San Francisco Grant for the Arts, The William and Flora Hewlett Foundation, The Bernard Osher Foundation, The Aaron Copland Fund for Music, Musical Traditions’ Board of Directors, and individual donors.