These residencies are taking place between Spring 2022 and Summer 2023

Brett Carson: The Secret Life of the Paramecium 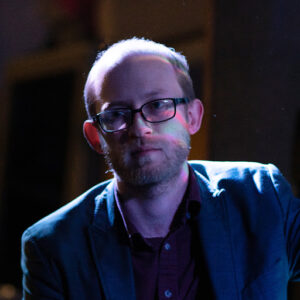 The Secret Life of the Paramecium is a theatrical song cycle consisting of a series of surreal and abstract explorations into the world of microorganisms. It utilizes a small ensemble of a soprano with flute, saxophone, electric guitar, and electronics. The project makes use of lighting, staging, and projections to illustrate a cycle of absurd, mythic, stream of consciousness vignettes, including tales concerning a voyeuristic paramecium-peeping microbiologist, an amoeba that grows so large it engulfs the earth, and a death cult established by water fleas who worship a Hydra as their god. 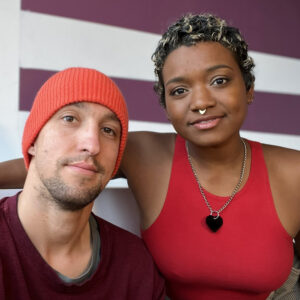 This project will be a multimedia piece conceived by Clarissa Dyas and Jakob Pek in collaboration with other artists. The work will integrate improvisation, dance, video art, movement, theater, poetry, action painting, graphic scores, and live music. They will create a piece that interweaves these disciplines while transcending any single genre. Their aim is to give life to novel forms of artistic dialogue through multimedia improvisation and to play with time by interweaving static forms of art, such as paintings and scores, with the dynamic, time-based forms, such as dance and improvised music. 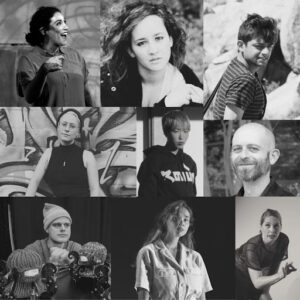 Preparing and showcasing an evening-length performance by Driven Arts Collective requires extensive tech rehearsal and prototyping time in the performance space. This performance is part of Driven Arts Collective’s CELSO Project, a research project critically examining emotion recognition and surveillance technology. The project will be a dance/theater piece with live music, lighting, costuming, masks, and custom-made set-pieces developed by the collective’s members. The work examines our relationship with emotional surveillance technology and imagines an alternate reality where we control our data. 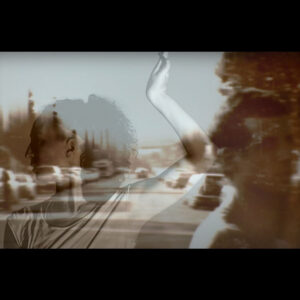 Analogous Machinery is a first-time collaboration between dance artist Hannah Meleokaiao Ayasse and filmmaker Zack Parrinella. The work will be an expanded cinema performance installation. With the residency, the artists will build a set made of film loops, projection, body-shaped containers (plaster casts, wooden and wireframes), and kinetic sets that will serve as the physical environment for the creation of films, improvisational dance scores, and movement characters. The work will center on the concepts of identity formation, shapeshifting, and adaptability. Recognizing that contextual containers (the environments and communities we exist within) significantly impact identity, Hannah and Zack are physicalizing the ephemeral feeling of “code-switching,” or existing in multiple containers and adapting to move fluidly between them. 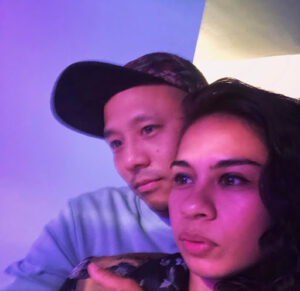 QUAKE is a new live performance that de-stigmatizes the topic of mental health and promotes community resilience within the Asian American community. The multidisciplinary project fuses new media, experimental performance, and alternative healing practices. Participants will reflect on what care means to them, learn creative tools to aid in self-healing and be aware of local resources that support their mental health. The project consists of several elements that fuse together new media, visceral movement, and immersive sound to create a fully immersive healing environment. 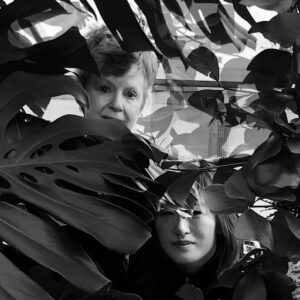 Queer Ecologies: Stitching to a New Sparkle will be a two-hour durational afternoon performance at two sites, the Oakland Asian Cultural Center and the San Jose Museum of Quilts and Textiles. This new multidisciplinary performance interweaves dance and visual art, centers humanity’s relationship to plants, and brings together LGBTQ+ folks and multigenerational Asian American and Asian-immigrant community members. Our work leverages the under-acknowledged power of “queering”, breaking down binaries between plants and humans.

The site-specific piece features a sound score with three dancers performing choreography while wearing sculptural pieces designed and built based on research about queer flowers. For a portion of the piece, audiences will join one another in stitching on the sculptures that the performers are wearing with help available from stitching mentors. Dancers and audiences will interact with a separate mobile sculpture that functions as a movable emblem and performance object.

Silk Worm & Hiroko Tamano: The jaws of all are red with gore 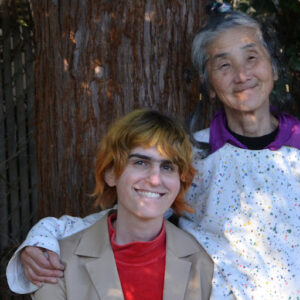 The jaws of all are red with gore will be a multimedia performance marrying the genres of butoh and drag performance and featuring projection mapping, live electronic music, and sound design. Its choreography will emerge in collaboration with dancer and teacher Hiroko Tamano who trained under Tatsumi Hijikata, the creator of butoh. Occupying the roles of predator and prey, we will stage tableaus—some tense, some humorous—that depict scenes of hunting. Taking inspiration from texts by authors like Julia Serano, C. Riley Snorton, and Sandy Stone, our work is inspired by the violence, frustrations, and indignities of trans life as well as transphobia’s intersections with systems of gendered and racialized violence. Our project will work with the sensations of transphobia and violence, rather than the discourse around them, to shift how audiences feel, not how they think.

* 2022 DEAR recipients and their projects;

* Technical specifications for the Ensemble Studio and Fabrication Shop

Residencies will be announced to artists on January 31, 2023