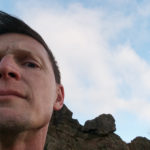 This project is a first-time collaboration between the Christine Bonansea Company (led by French dancer Christine Bonansea, now based in Berlin), and the angular post-punk art rock ensemble Surplus 1980, led by musician and composer Moe Staiano. It will be a full-on production piece of integrated music and dance with dramatic lights and visual effects. Working in collaboration with the dancers, Surplus 1980 will concoct a fitting musical soundtrack using both conventional and unconventional instrumentation. 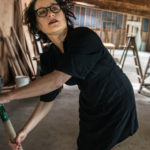 A new, participatory morality play created by Erika Chong Shuch along with 5 long-time collaborators. TheaterTheater explores the hidden forces underlying everyday ethical choices and decision making. This evening length theater performance uses as its thematic and narrative material: 1) the unceasing litany of uneasy actions/inactions we take in the daily course of navigating our messy world; and 2) the extraordinary beauty that can arise when people cooperate to transcend apathy. 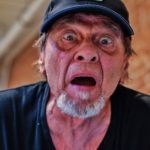 A full length dramatic play that extends the known performance styles of traditional musical theater, integrating music and text to one seamless, contiguous whole. Taking inspiration from the episodic form on television, this project creates a new performance modality where playwriting, poetry and songs blend into a live action thriller! The innovative use of a modular set that can be easily changed from a television studio to a seedy country bar, to a band’s crash pad, allows for changes and episodes to morph from one to another easily. The band equipment is part of the set; the music covers a wide range from rock n’ roll to Stockhausen. 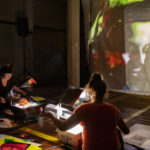 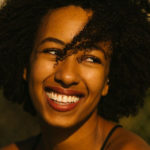 This work subverts and reimagines the perception of physical limitations as they relate to body-based performance. By curating a conversation between the injured body, the healing body, and the formidable body, awareness is brought to the endless possibilities of expression in performance despite any assumptions based on normative ideals of beauty, capability, and strength. The work serves as a meditation on socialized views of self and works to dissolve historical concepts within the formality of dance as performance. In exploring new approaches to performing identity within an injured body, this piece presents new opportunities to spark inspiration from our internalized limitations and reveal nontraditional ways of moving that speak more genuinely to the human spirit and its resilience. 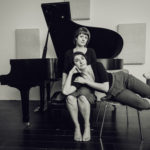 Amadeus Regucera | Splinter Reeds
WITH and AGAINST 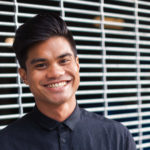 By drawing on the legacy of composers who have interrogated the divide between performer, audience, and space, emerging Bay Area composer Amadeus Regucera creates an experience which gives the audience agency to listen, to move, or to participate in this 20-minute multi-media performance piece for Splinter Reeds. Highlighting the virtuosity of this innovative reed quintet, Regucera engages in interdisciplinary practices including video, light, and spatialized movement and explores uncommon audience engagement, bypassing a conventional “concert music” performance paradigm. 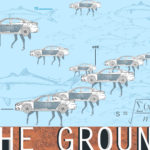 The natural made mechanic is the theme through which this project explores the potential of a sonic/visual poem. All man-made things can be expressed in comparison to natural systems and events (i.e. traffic expressed as a river, both sonically and visually) Five or more screens are used to show different aspects of the momentary theme from many different perspectives and angles: an idea (perhaps a wheel rolling and tumbleweed, or a cyclone and water draining in a sink) or an emotion (depicted by spikes, feathers, colors or icons.) Field recordings are layered with sound effects and occasional simple rhythms creating the “ground” which the musicians will texture. 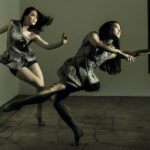 “Bon Odori” is inspired by the bon dances of Hawaii, a part of the traditional Japanese celebration of the spirits of ancestors. The piece explores how elements of cultural identity and family history become ingrained in our imaginations and bodies through storytelling, and is being created as an ongoing collaboration between the dancers, the composer Cory Wright and musicians. Puzzling through the set/scenic elements and the staging – the piece will be performed in the round – will be the focus of the residency. The project will premiere at Z Space in San Francisco in February 2020. 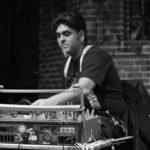 * 2022 DEAR recipients and their projects;

* Technical specifications for the Ensemble Studio and Fabrication Shop

Residencies will be announced to artists on January 31, 2023